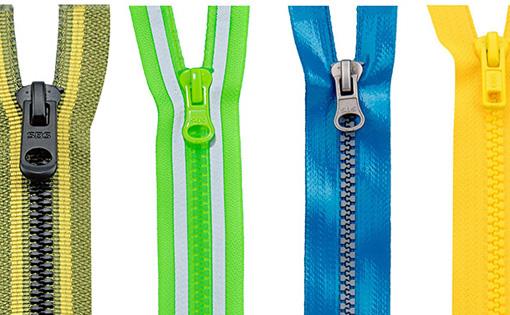 Zippers are among the most frequently used fastening devices in the world today. You see it anywhere you go from clothing items such as jackets, trousers, dresses, and skirts; luggage, including traveling bags and fashion bags; and outdoor equipment, such as raincoats and tents. Ignored by most people, zippers are essentially a very significant item in the fashion and sewing industry.

Before you buy zippers by the yard, here are a few important things you should know first to make a successful purchase.

The notion of inventing the zipper was started by Elias Howe as far back as 1851 and was later on perfected and improved by Whitcomb L. Judson in the latter part of the 19th century and the start of the 20th century.

However, it wasn’t until 1913 that Gideon Sundback finalized the modern zipper’s design, which was called a ‘clasp locker’ back then. When 1923 came, the term ‘zipper’ was then coined, and it continued to gain global popularity.

Zippers are favored over buttons because of their simplicity, practicality, and durability. And today in the modern era, both buttons and zippers stand side by side as the most frequently used fastening material.

The zipper has endured major development from then, coming in various functionalities, styles, and types. Every variety will also have different parts and components that construct it. These may lead to confusion when planning to buy one because there are various kinds available right now on the market, each one having its own functionality.

The purpose of this guide is to help the buyer choose the right type of zipper for the correct types of equipment or kind of garments to which this will be attached.

Parts of a Zipper

The specific parts that make up a zipper differ according to its purpose and design. However, a standard zipper will have five basic parts: the slider, top stop, tape, bottom stop, and elements/teeth. Other parts can also be found, depending on the special design and style of the zippers. These parts include box pins, retaining box, and inset pins.

Although the parts of a zipper vary a lot, three parts will always be found on any zipper, and these are the slider, tape, and elements.

Zipper tapes can be easily distinguished depending on the material that it was made of. Polyester is so far the most common material used. Others are vinyl, cotton, and synthetic fiber.

Also called teeth, the zipper elements are the shaped parts that look like teeth attached to the zipper tape. The teeth will be joined or separated when these pass through the slider as needed. Zipper teeth can be made of plastics or metal.

The zipper slider is the part that you slide across the elements to close or open the zipper, which explains the name. These elements will be joined or separated depending on the slider’s position.

A zipper slider features two parts, the pull tab and the slider itself. Zippers usually have one slider, although you can also sometimes find a double slider, depending on the design and purpose.

The tape is that part that attaches the zipper, both to the elements or teeth and to the bag, garment, or any item the zipper is attached to.

All You Need To Know About Human Hair Wigs

A Comparison Of Lacy Front Wigs And Full Lace Wigs The Hard Realities of Exploitation in the Fashion Industry